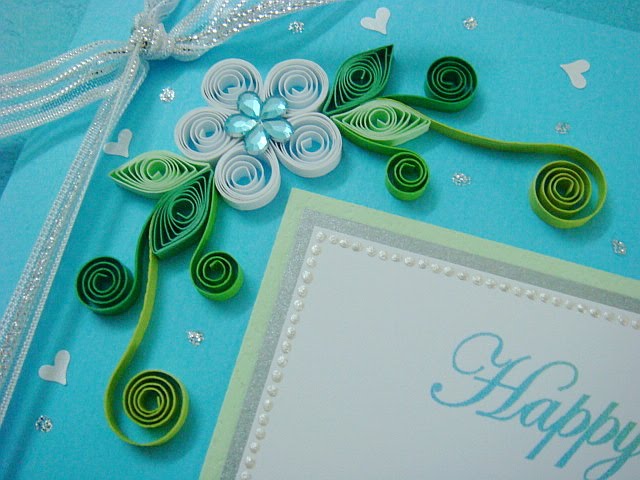 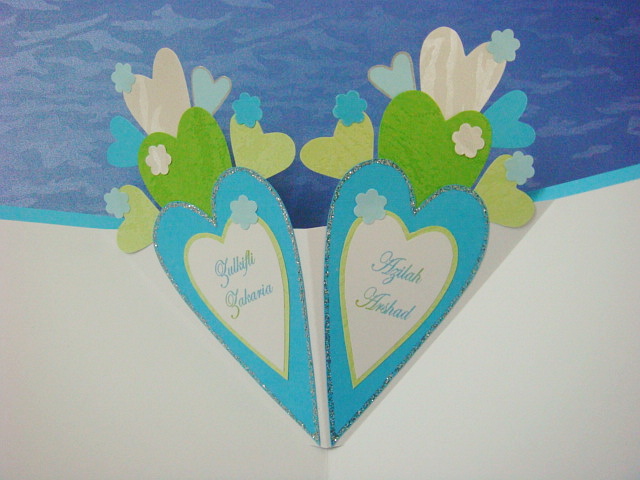 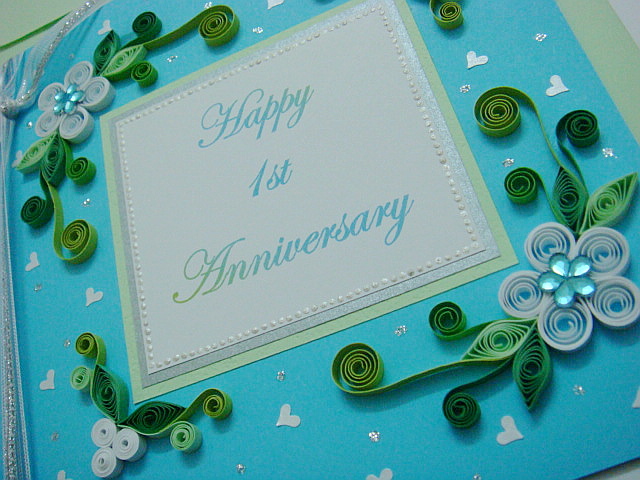 Why I made this anniversary card in a soft blue color? Well.....this is because my customer informed me that her hubby's favourite color is soft blue.....and she was hoping that I can apply this color for her anniversary card. She was interested in the AC001a card.....especially the pop up inside the card, so I tried to follow that pattern and added some flowers to it too. What she loves most about the pop up is that I can put her name and her hubby's name on it.

I didn't make the heart shapes for the pop up in the usual red combination like the one in AC001 because then it won't match the front design. So I thought it would be nice to see heart shapes in colors other than red, pink or maroon......I chose something that perhaps be suitable for men.....since this card will be given to her hubby. :) I really like the color combination for this card.....I think it looks fresh and sweet :).

What a stunning card!!! I love the meticulous detail you put into each and every card.

Beautiful work!!! All of your cards.

so sweet and lovely! i like this card so much!

Very beautiful Lin!! I really like the design and color. Great job!

Grace to You said...

Good night, girl, I can't believe how quickly you put your experiments to good use!! This is gorgeous!

Thank you Sandi! I love this one too...very sweet colors :)