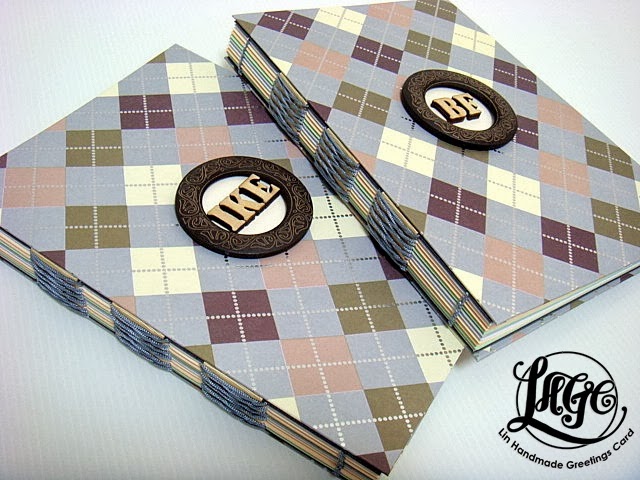 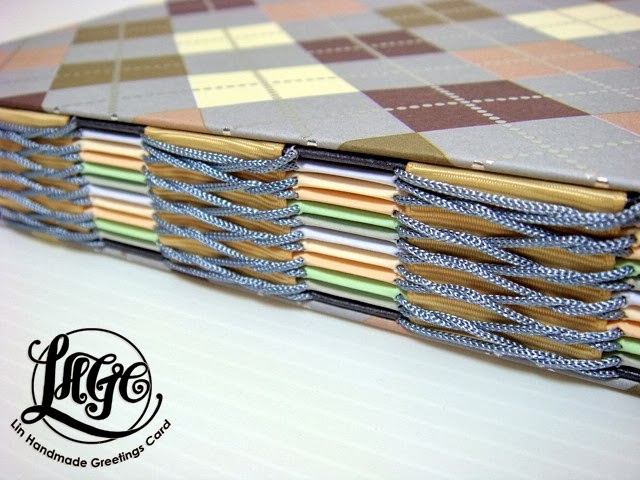 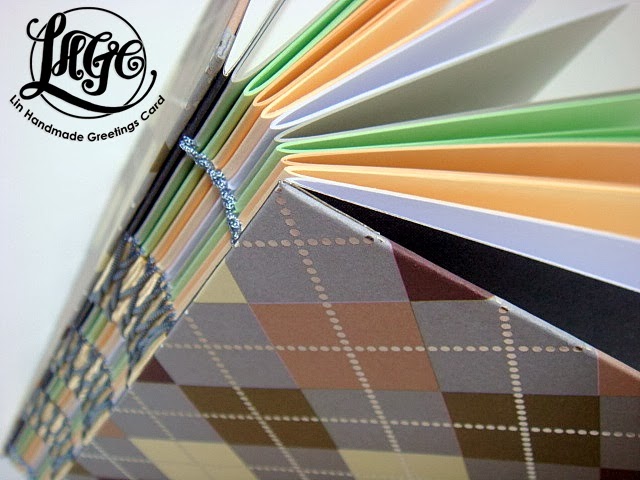 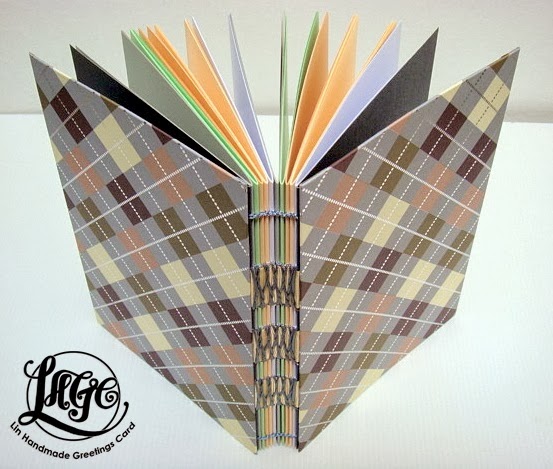 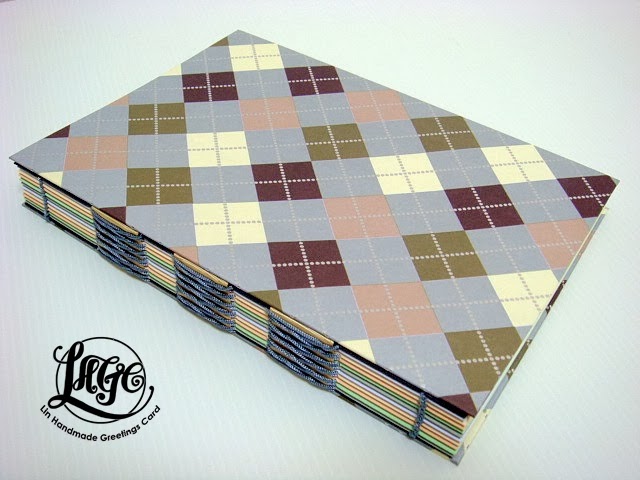 
I love this checkered pattern paper.....seriously I really do. The minute I saw it at the bookstore I knew I had to buy it and use it as a cover for my hand-bound books for men. I think the special thing about it is the silver dots along the lines....how it shines when it hits the light...so fancy :)

Both the books at the top of the post were made for 2 guys who are good friends of my sister. One I've never met but been hearing a lot from her for quite some time now.....the other one is a good of mine too whom I've known since way back in the 90s and is also my neighbour :).

To be honest I was in a little hurry to get the books done at the time coz I was so busy with other orders and living my life hehehhee....so much so that I didn't have much time to think about how to decorate it. The pattern paper itself already looks good to me because of the design.....I just didn't know how else to make it look nice! LOL! So to personalise it a bit, I decided to use the same method I used on my earlier hand-bound book design which was decorating it with the wooden ring I got from Wholeport and put their names inside it. For one of them I used a short form of his name and the other one, just his initials because he didn't have a short form for his name....hehe....I've always called him by his first name...so, having his initials there was the best thing I could think of at the time.

At first I wondered if I  should make single colour pages or multicoloured ones. It seems like doing single coloured ones would be too plain so I opted to make them a little fancy by choosing a few coloured papers that would match the cover of the book. And I really like the outcome of it. :) I'm glad that both of them liked the books that I made for them too. Alhamdulillah. :) 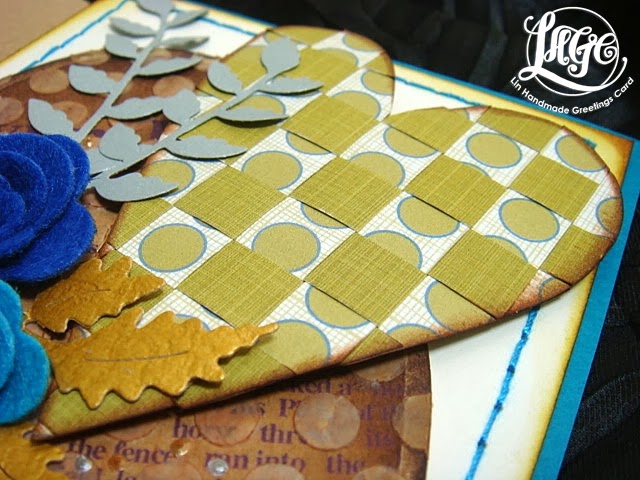 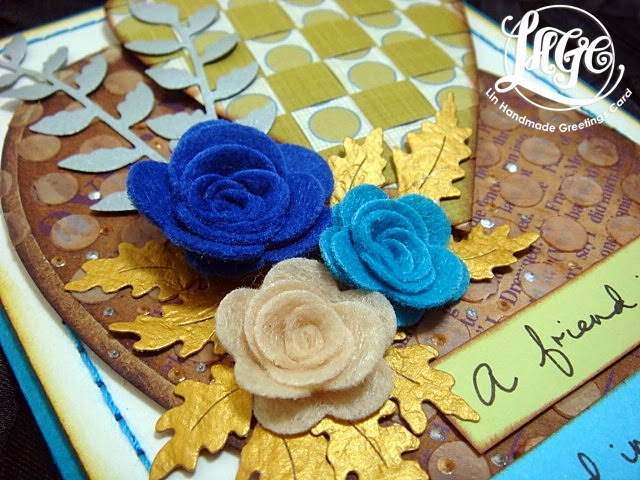 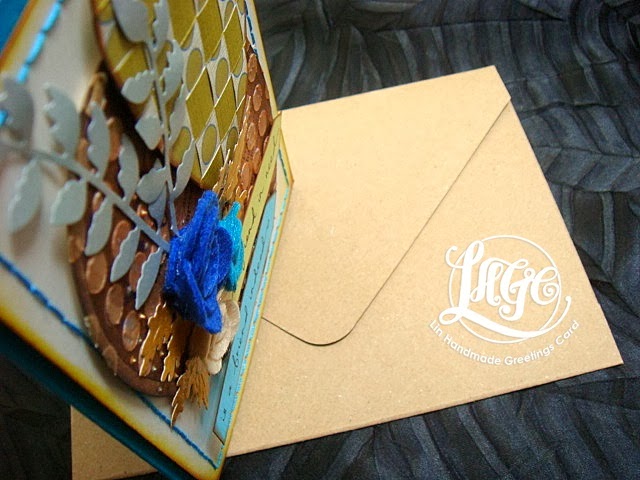 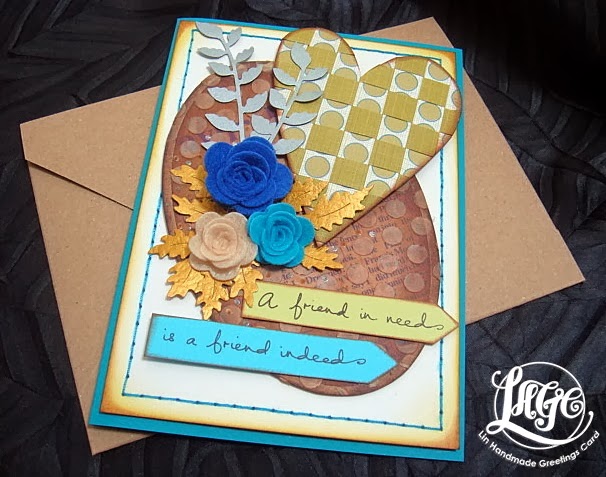 I'm thrilled about this card that I made after I came back from my holidays. The card was meant for a fellow crafter, Hambali Arifin, who swapped his card with me during the craft gathering that I attended in KL last February.

Actually I was out of ideas....was not in the mood and didn't feel too well to do anything much. But I had to do it quickly because I have so many other pending orders to settle and I couldn't waste time being such a baby....sometimes you just gotta do what you gotta do.

I bought quite a lot of craft products when I was at Scrap-n-Crop (the location of the craft gathering), and I took the opportunity to try some of them out for this card design. I used some new distress inks that I bought.....a new die-cut leaves pattern....and also tried a new technique which I've been wanting to try for quite some time now which is mix media. But what I tried for this card is quite amateurish because it was my first time and I was a little afraid....but I did it anyways....just a simple one....if you can spot it, it is the brown polka dots in the background. I used molding paste and a polka dot stencil to create the effect....and then just blend it with Vintage Photo distress ink. I really like the effect :).

I also tried something new for myself which is making the weaved heart....it is actually a great way to recycle pattern papers. Since this swap theme was all about using scraps, so I took some scrap pattern paper that has double pattern on each side...and the colours were really matching so it was suitable to weaved them together. I had fun with it. Lots of new ideas came to mind when I made it. Which I will use for future projects ;).

I really had fun making it and would probably make more ready made ones for sale but with different colour combinations and captions ;). 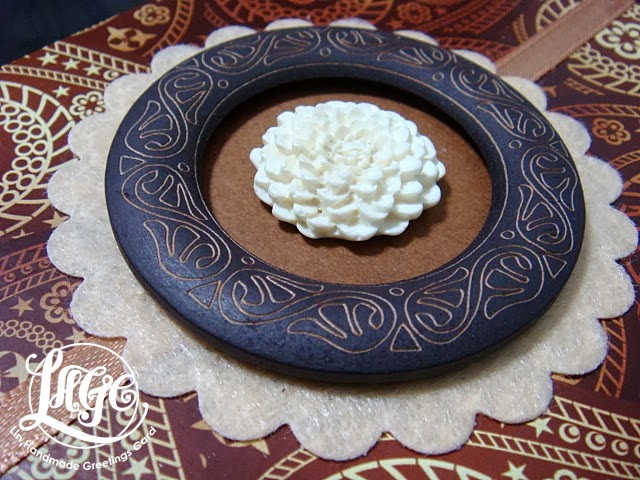 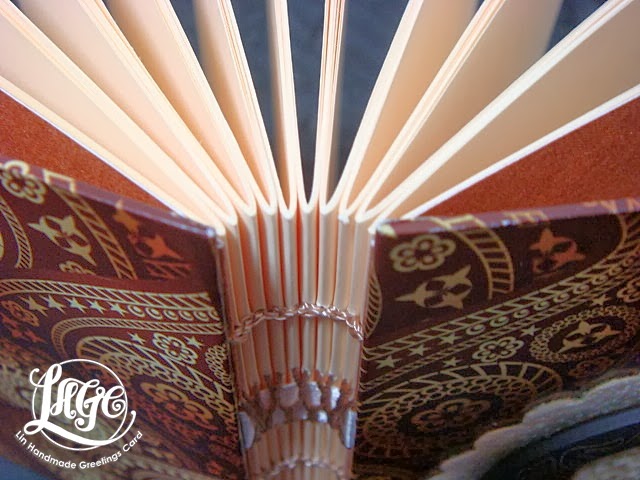 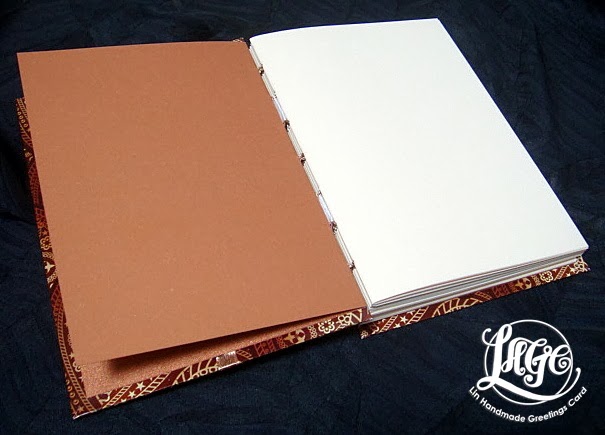 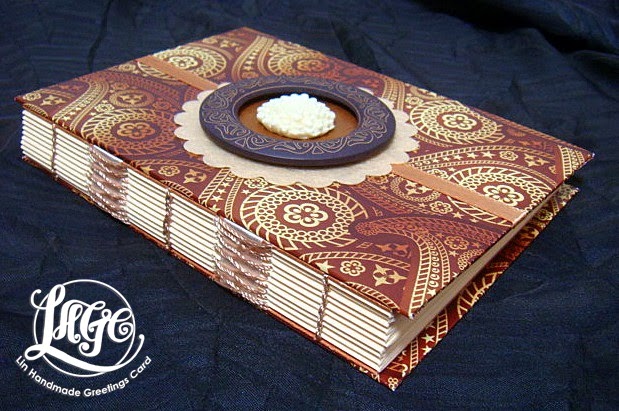 Here's a close up detail of the hand-bound book I made for the craft gathering swap I attended in February. It's a small book....A6 in size and I did a French stitch binding for it. My favourite type of binding method at the moment ;).

I didn't have enough time to decorate much for the cover. So I just used a simple way of embellishing it which was to use a pattern paper that has a crowded design and glued a piece of ribbon,  a piece of die-cut scallop felt and some embellishments that I got from Wholeport.

You can get the embellishments from Wholeport at the weblinks below:

I love making small notebooks like this. It's so cute and I love making them as gifts or for swaps. Because the receiver can use it instead of just admiring it. It's functional so to speak :).