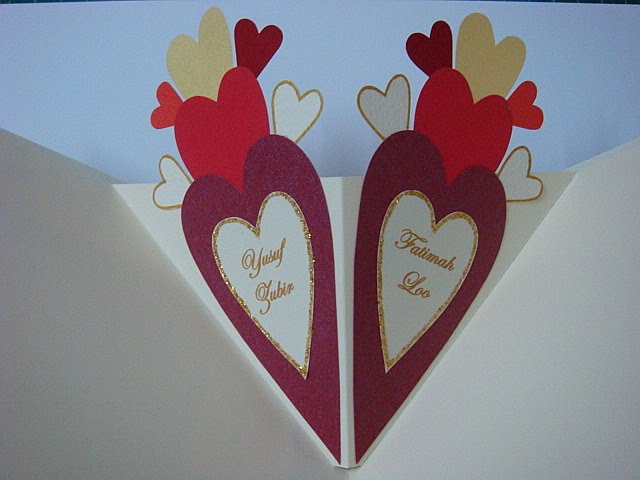 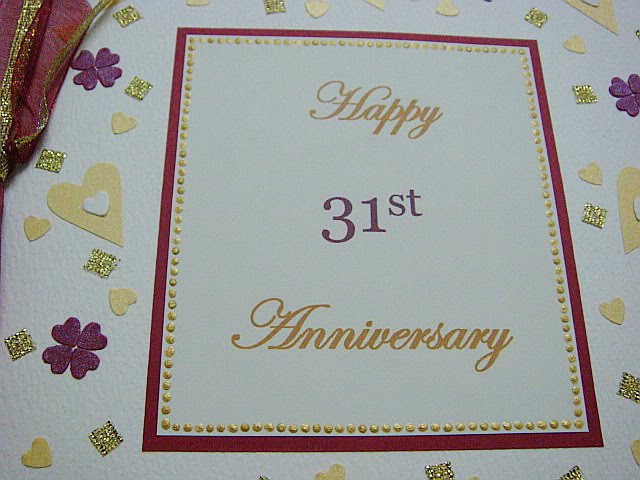 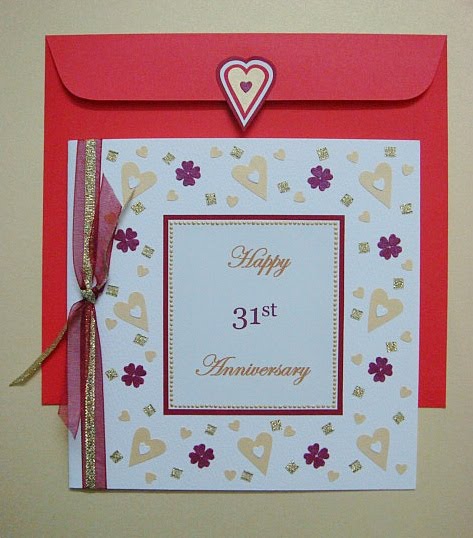 I was requested to do this design which is the exact same design as AC001 except that I was asked to change the wordings a bit. The wordings at the outside was changed to "Happy 31st Anniversary" because this card was intended to be given to another couple's anniversary. I was also asked to put their names together with the wordings but I thought that it would be too crowded to have them all together like that so I separated the wordings to be half outside and the other half inside. So their names were placed at the two big heart shape pop ups inside the card as you can see at the photo above. In my previous anniversary card design, at those two big hearts, I would usually write the dates of their anniversary. So this time I did something different by placing their names instead. And I love it that way :)