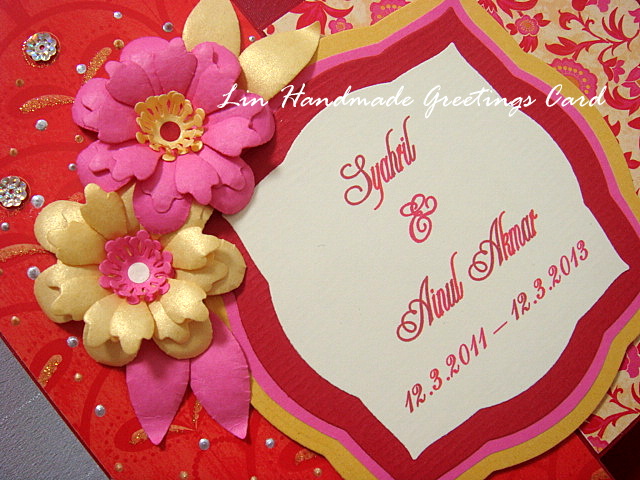 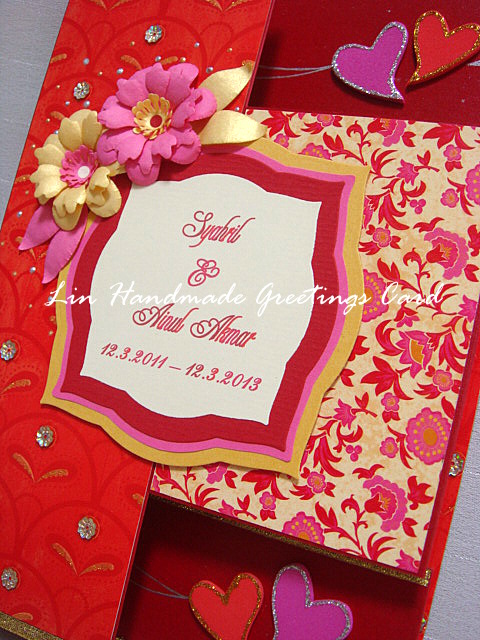 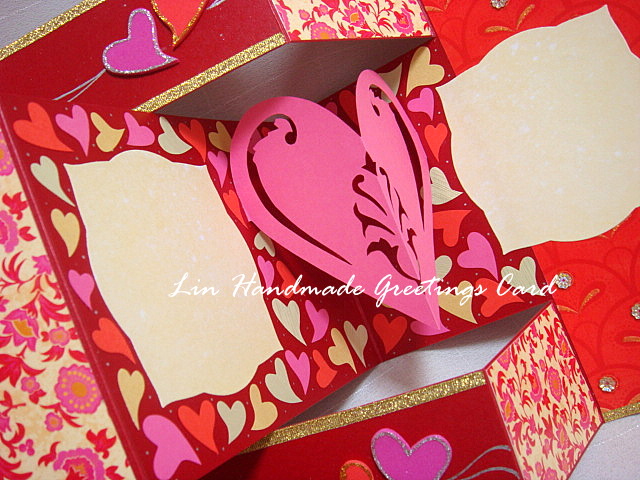 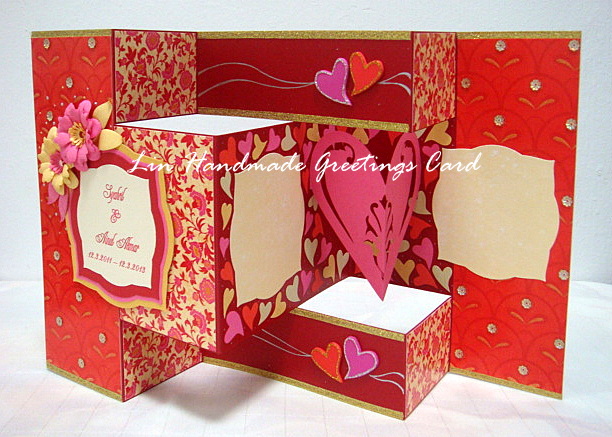 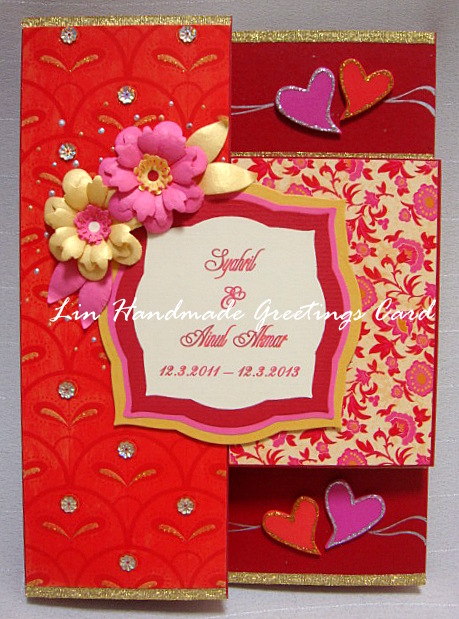 This design is a remake of a trishutter card I made in 2011. That 2011 trishutter card looks similar to this new design and it was the one and only design I made because the pattern paper that I used for that design was so limited that I was only able to make one card with those pattern paper. You can view that card HERE.

So when I suddenly got a request to do that same design again, I knew that I had to remake it using new pattern papers and luckily I had some pattern papers that had a similar colour to the original design. And lucky also for me that my customer didn't mind me using a new pattern paper for the card. So I had complete freedom to create a new anniversary card design for my customer.

Although this design seems new now, I still manage to maintain some of the original design in this new one.....for example like those foam hearts at the top and bottom of the card.....and also the tiny flower sequins.....I still maintain the same colour combination ....the colours are red, dark red, mustard yellow and dark pink.

The differences that are pretty obvious are the pop up heart.....which I hand carved some designs on it....I loved doing that... :). The original design just had a simple curved line that I hand carved but this time around I carved out something that is a lot more complicated for me to do. I enjoyed doing it though.

Another new thing for me is making those embossed flowers for the front of the card. Those flowers and leaves were die cut and then embossed using embossing tools. I gotta say I really enjoyed making them for the first time. I'll consider embossing more flowers from now onwards instead of just cutting and pasting them straight on the card like that.....embossing them, gives the flowers and leaves a much better effect....gives them some dimension. :)

I die cut a couple of squarish shaped paper and pasted them inside the card for my customer to use as a space to write on personal wishes since he didn't asked me to print any wordings for him. Hope that there are enough space for him to write on. I had another idea for writing spaces on trishutter card, but will use that idea for my next design. :) Have a look at how the trishutter card opens up at the video below :).

awesome card, love the colors and patterns, nice embelishment to, they will love it!!!
Paula

Indeed rich in colour and so, so wonderful! Love the way you embellish the cards, they always look so full of life!